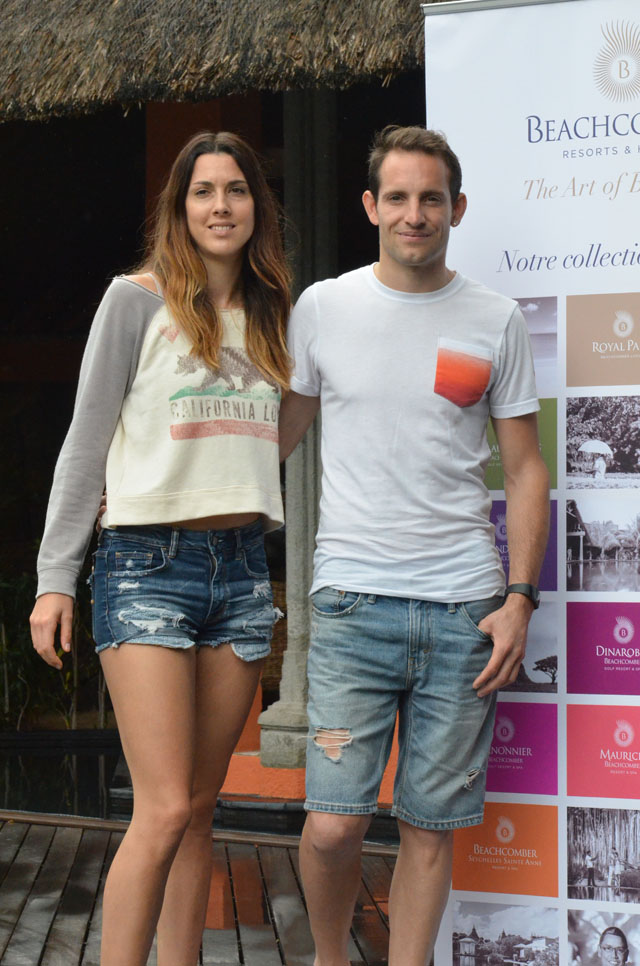 Renaud Lavillenie is kind of a regular visitor to Mauritius, having already visited the island twice in recent years. What draws him here is “the climate, it is almost always sunny here, access to the island is easy with a direct night flight from Paris and the atmosphere is always welcoming,” he says. “We feel welcome each time we come here and we always have a good time.” He is planning to recharge his batteries during these holidays before resuming training at the end of November.

The French athlete also says that his first stay at Dinarobin Beachcomber has started on a positive note. “We of course have had a look at the photos and brochures of the hotel before coming and we are certainly not disappointed because in a way, the reality is more striking than the pictures themselves. It is a pleasant surprise, the sea is just a few steps away Morne Brabant Mountain in the backdrop adds depth to the landscape, which is very nice and surprising.”

Just for the anecdote, he posted a photo with his partner on social networks just before catching the plane, while giving only vague indications about their destination – he just mentioned that he would be staying in a Beachcomber hotel. Upon arriving on the island, they were greeted by a couple that was waiting for them at the airport with a welcome sign. 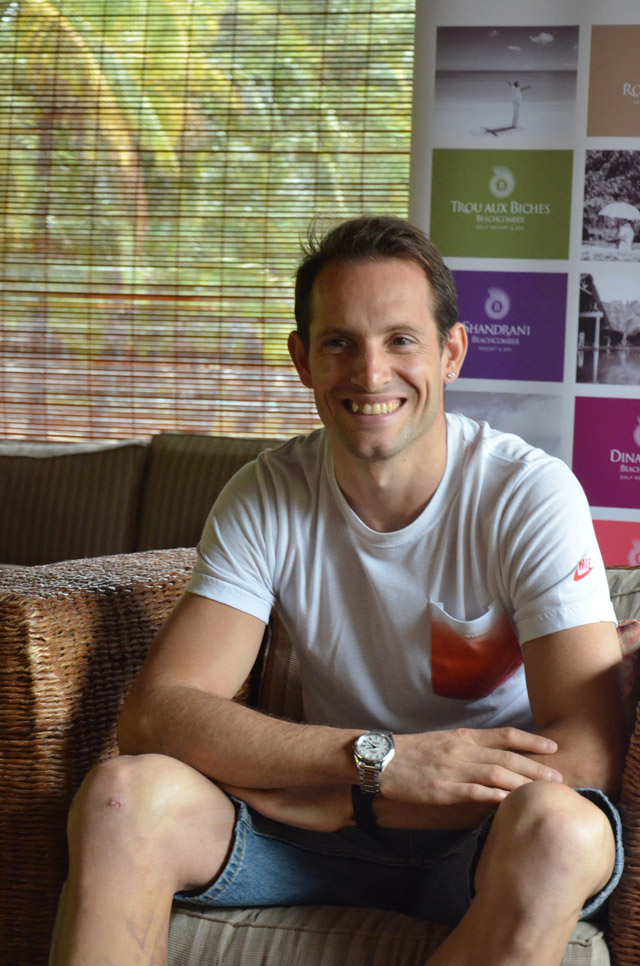 Pole vault practice is a passion that runs in his family. His father Gilles was an amateur pole vaulter. The discipline greatly appealed to Renaud in his childhood and continued on. Among the people that inspired him are the former indoor world record holder, the Ukrainian, Sergey Bubka, who still has the best outdoor mark, as well as his fellow countryman, Jean Galfione. “I really liked the image that they conveyed lot and this has greatly helped me progress in my career.” His younger brother, Valentin is also France’s fourth best pole vaulter. “He has a very good level, close to international level, and he is performing well.”

The French champion also speaks out frankly about the disappointment that he experience at the Rio Games and the jeers of the Brazilian fans, while insisting that all is not bleak. “The positive side of it is that I have had one of my best competitions in the Championship and managed to meet the challenge despite a fairly complicated context.” He feels satisfied to keep hard at it right through the end and win a second Olympic medal. “The festive atmosphere was obviously spoilt, but when I look at the entire Olympic Games, I have unfortunately not been the only athlete to have been impacted by the context and that’s a pity.”

Now aged 30, the French athlete says he wants to continue with the short-term objectives of winning a fifth European title and competing in the World Championships next summer in London. In the longer term, his main target is the 2020 Olympics in Tokyo, Japan.

In addition to pole vaulting, Renaud Lavillenie also practices track moto racing, cycling, windsurfing, wakeboarding and snorkelling, among others. “I love spending time in the water, watching the fish and the island’s amazing seabed.” He also says that there is a very good chance to see him coming back again in the future. Even if he enjoys discovering new places, he now considers Dinarobin Beachcomber is a “sure value”.