Pioneer of the Mauritian hospitality industry

Beachcomber wrote the opening pages of the history of tourism in Mauritius in June 1952. At the time, Qantas was launching a new Perth-Johannesburg service, with a stopover in Mauritius. Rogers & Co. Ltd was the Australian airline’s representative and decided to open the first international standard hotel on the Island – through its newly created subsidiary, Mauritius Hotels – to accommodate passengers and crew members in transit.

Under the initiative of Amédée Maingard and Michel Pitot, the Château Mallac, a beautiful colonial house in Curepipe was transformed into the 40-room Park Hotel. Back then, with an annual number of visitors of approximately 1 800, it was a profound act of faith in a still fledgling industry.

The conditions were not particularly conducive in the initial stages but the journey continued with the opening in 1962 of two beach hotels, Le Morne Plage with its famous ‘rondavelles’ (round huts with thatched roofs) and Le Chaland in the vicinity of the airport. Two years later, New Mauritius Hotels Ltd (NMH Ltd) was created from the merger of Le Morne Plage Vatel and Mauritius Hotels. In 1967, the company built Le Morne Brabant Hotel to replace Le Morne Plage. The following year, the hotel hosted guests attending the Independence celebrations.

The Trou aux Biches Village Hotel, a showpiece of the Beachcomber collection of hotels, opened in 1971. The NMH hotel portfolio continued to grow with the development the following year of the Dinarobin Pierre Desmarais, attached to Le Morne Brabant. In 1976, the iconic Paradis opened on Le Morne Peninsula.

The creation of the brand Beachcomber in 1980 added another interesting twist to the history of NMH and five years later, the Royal Palm in Grand Bay opened as the first grand hotel in Mauritius. This landmark in luxury tourism on the island was the first property on the island to be affiliated to the prestigious collection of The Leading Hotels of The World.

The succeeding decade saw the reconstruction of Le Chaland in 1991, with its renaming as Shandrani, and the acquisition the following year of the Pullman Hotel in Grand Bay, which became Le Mauricia Hotel. In 1994, the Mariya Hotel in Pointe aux Piments was taken over and refashioned into Le Victoria Hotel. The collection of hotels was further expanded with the acquisition of Le Canonnier in Pointe aux Canonniers in 1997. Over the same period, NMH merged Le Méridien Brabant and Paradis into the Paradis Hotel & Golf Club. 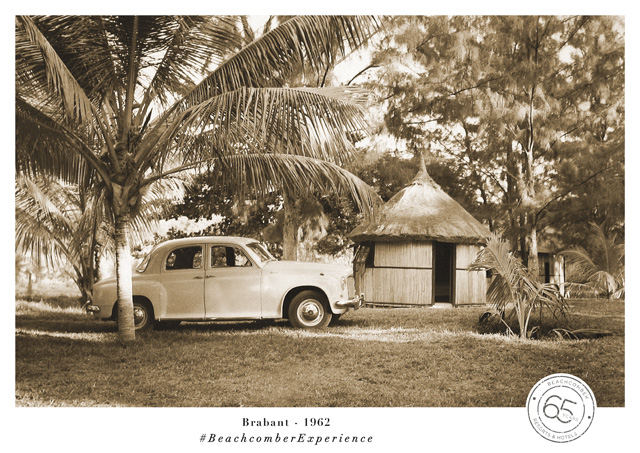 Taking the expertise to new territories

The Beachcomber brand expanded its footprint beyond the shores of Mauritius to the Seychelles with the opening in 2001 of the Sainte Anne Resort & Spa on a 220-hectare private island surrounded by a marine park. Meanwhile, the Dinarobin Hotel Golf & Spa opened its doors on Le Morne Peninsula. 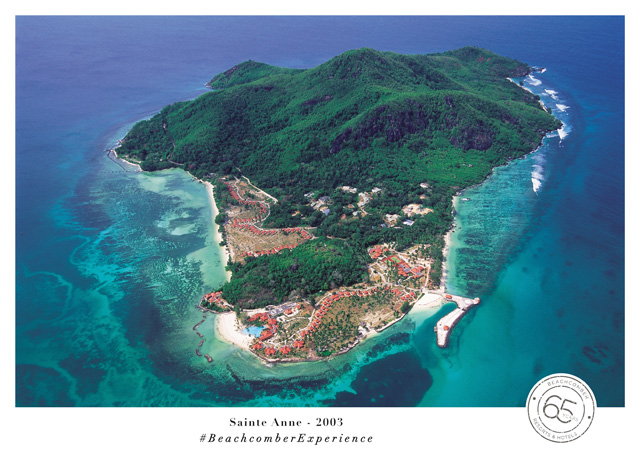 In 2010, the Trou aux Biches Hotel was completely rebuilt, upgraded to a 5-star resort and renamed Trou aux Biches Resort & Spa. NMH continued its regional expansion with the inauguration in December 2013 of the Royal Palm Marrakech in Morocco, which has been operating under the name of Fairmont Royal Palm Marrakech since May 2017 following a management agreement signed with the luxury division of the Accor Group. The Group has also launched in 2016 its first franchise, Beachcomber French Riviera, on the Cote d’Azur in France.

Beachcomber currently operates 10 resorts offering a choice of accommodation ranging from rooms and apartments to suites and villas. Each hotel in this prestigious collection is imbued with a history and character of its own, embodying understated luxury. New Mauritius Hotels also operates an in-flight catering business, Beachcomber Catering, and three overseas tour operating companies.

However, the history of Beachcomber is more than a succession of dates. More importantly, it is the history of some 5,000 artisans whose good-heartedness enhances the natural beauty of the places that have been entrusted to their care. These men and women are the pillars of the Group. They have contributed to shaping and maintaining the Beachcomber spirit, and supported its key role in the economic development of the country with an annual turnover of almost Rs 10 billion. 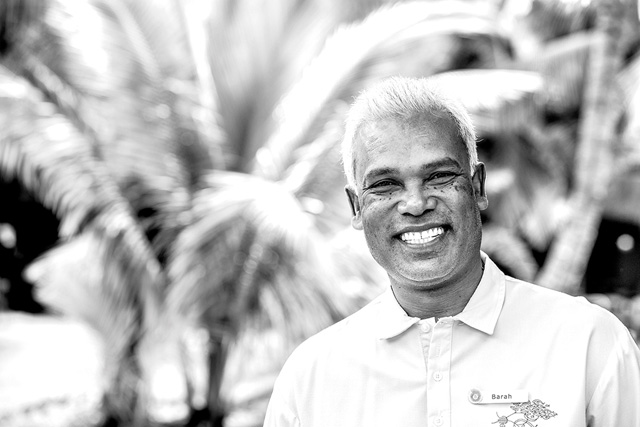 On the eve of the 50th anniversary of the country’s Independence, the Group proudly claims its Mauritian identity. Beachcomber is also a pioneer in corporate social responsibility.

The Fondation Espoir Développement (FED) was set up and is funded by Beachcomber with the participation of its hotels and employees. The Foundation is responsible for implementing the social development strategies of the Group. It also supports the communities living in the surroundings of its hotels and the Mauritian population at large through initiatives such as the Projet Employabilité Jeunes (PEJ) for the professional integration of out-of-school youth, collaboration with NGOs, schools and associations, as well as youth mentoring projects at regional level. The Beautiful LocalHands programme was also launched in 2006 to provide small local artisans with adequate training and support.

Sustainable development and environmental protection are also key aspects for the Group, which has adopted energy efficient practices and the use of renewable energies. Beachcomber’s commitment has been recognized through the EarthCheck Bronze Benchmarked accreditation that has recently been awarded to the Group’s Head Office, Beachcomber House, as well as Paradis Beachcomber and Dinarobin Beachcomber for adopting responsible environmental practices.

Now under a new leadership head by the Chief Executive Officer, Gilbert Espitalier-Noël, the Group has built up momentum. A new corporate plan is under way as Beachcomber heads for its 65th anniversary with a number of initiatives to better equip the Group to address the challenges of an ever-changing global tourism industry.

A priority area was the repositioning of the Beachcomber brand with the unveiling in September 2016 of a new visual identity based on the concept, “The Art of Beautiful”. Prior to the rebranding exercise, the ‘Beachcomber: Au Coeur des Valeurs’ (Core Values that Drive Beachcomber) initiative has allowed an in-depth collective reflection with the participation of some 600 of the Group’s artisans. The following values were thus identified: humanity, team spirit, innovation, solidity, Mauritian, expertise, service and trust.

This new branding exercise went beyond simple design aesthetics, building on the work previously undertaken on the core values and corporate strategy of the Group while ensuring brand consistency. Beachcomber has chosen the symbol of the nautilus because its name stands for “One who collects the treasures the sea has left on the shore”. With its letter “B” in central position, it also represents a sun sign enhanced by the flow of the water on the sand.

“The Art of Beautiful” is the juxtaposition of Beauty with Good-Heartedness. It is the essence of Beachcomber’s singularity: the beauty of a place inspires the beauty of the heart. Without reinventing Beachcomber, the rebranding exercise revealed its special feel and what makes it so different. Since there would be no art without artisans, a comprehensive set of rituals has been developed will all the teams to welcome guests who choose to stay in the Group’s hotels and provide them with moments of exception. 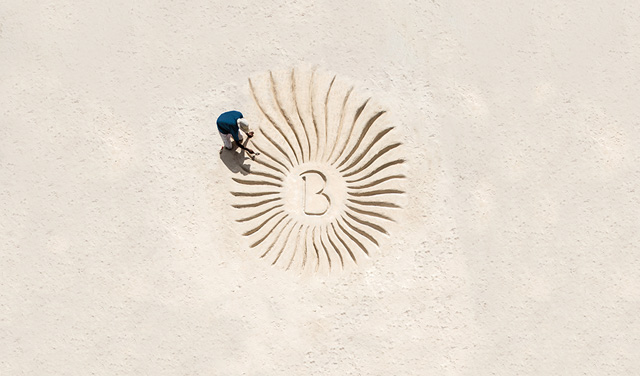 Beachcomber has prepared a series of actions in June to mark this anniversary. A logo has been specially created for the occasion, with the following signature, “65 Years crafting the Art of Beautiful”.

Guests will also have the opportunity to enjoy an array of treats. A special offer in the form of a 35% discount will be available for all those staying in a Beachcomber hotel and celebrating their 65th birthday this year.

Upcoming initiatives during Beachcomber’s anniversary month this June include a photo exhibition in all hotels of the Group. Beachcomber boutiques’ customers will also receive an 11% discount on their purchases and on a more general note, a host of special touches such as pastries, chocolate and other gifts with the commemorative logo will mark the 65th anniversary of the pioneer and long-standing leader in the hospitality industry in Mauritius.