The rugby fans that attended the third edition of Beachcomber World Club 10s in Mauritius this weekend at Gros Cailloux had the chance to witness a pulsating final between the Vodacom Bulls and Newcastle Falcons, with the Bulls securing a 24 - 17 win, and defending the Title they won last year. This makes it their second win out of their two participations in the tournament. 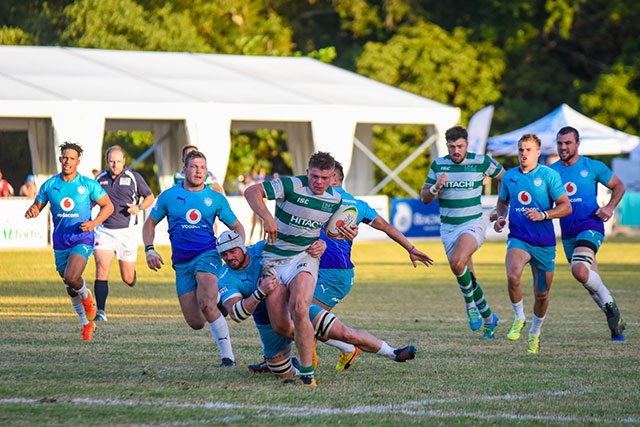 Team Captain Shaun Adendorff was overjoyed after his team's victory "I'm very happy and proud of my team, especially since it was not an easy tournament. The opponents were tough and very competitive. The 10s tournament is very fast and requires more concentration. We were motivated and wanted to go win this title again this year, "he says.

Vodacom Bulls is one of the most prestigious teams in South Africa, having won the Super Rugby Championship 3 times, in 2007, 2009 and 2010 respectively. 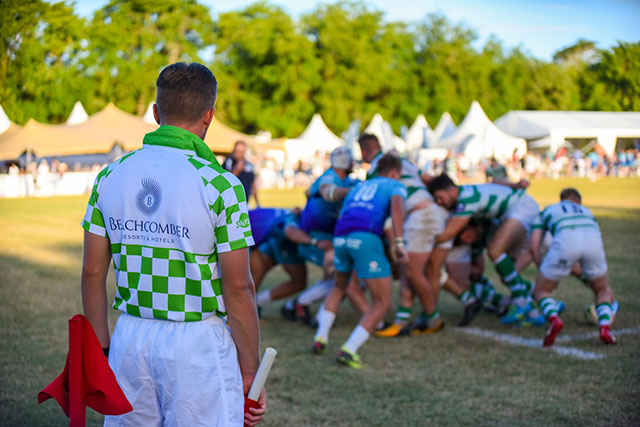 The organizers of the Beachcomber World Club 10s are satisfied with the new set-up at Gros-Cailloux. "Thanks to the various partners and our main sponsor Beachcomber, we were able to make this third edition in Mauritius a success. We have made this festival interesting for all public, whether for professional and amateur teams, but also for rugby fans who have come with their families to watch the matches. We were delighted to see so many rugby fans travelling to the Event from as far as UK and Japan," says Jon Phelps of Carinat Sports marketing.

Kevin Venkiah, President of the Rugby Union Mauritius (RUM) is also satisfied with the event. "The Beachcomber World Club 10s tournament is an excellent opportunity to promote rugby to Mauritians. We have seen the emergence of new teams including that of Rodrigues island, which I would like congratulate for their victory. We have some way to go to reach an international level, but we are on the right track. I take this opportunity to thank Carinat Sports Marketing as well as members of the security and press for the tremendous work they have done. " 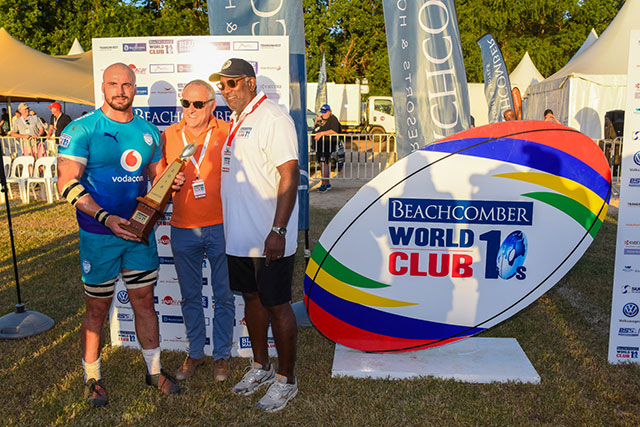 The only Mauritian player in the tournament, David Marengo is satisfied with his experience with the Africa Pacific Dragons team. "I wanted to participate in this tournament since two years now, but I could not make it as I was already playing in France. I am very happy to have been able to participate in this third edition in Mauritius this time. The level of play is interesting because it is faster and that's what I like. I am proud to be the only Mauritian and to have represented my country at the Beachcomber World Club 10s.”

Francois Venin, Chief Sales & Marketing Officer of Beachcomber Resorts & Hotels, explains that « we are very happy with this 2018 edition, which was very successful. This year’s location for the tournament was a great choice as it allowed the public to be closer to the pitch and to the players, creating a friendlier atmosphere. They loved it!
It is important to push this type of international event, and we believed in this tournament since its first edition. It does take time to establish such an event as an unmissable one on the calendar, but in the end it allows the opportunity to increase visibility for Mauritius in June, a time where tourist arrivals tend to be slower. » 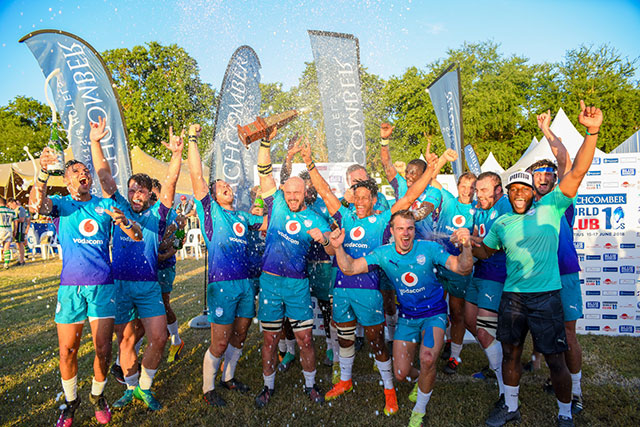