Dinarobin and Paradis earn TripAdvisor® accolade for their quality of service

Beachcomber Hotels is once again well-represented in TripAdvisor’s recently-published ranking of hotels based on the quality of service. The Dinarobin Hotel Golf & Spa and the Paradis Hotel & Golf Club both feature in the Travelers’ Choice Awards Top 10 for the category in Mauritius. 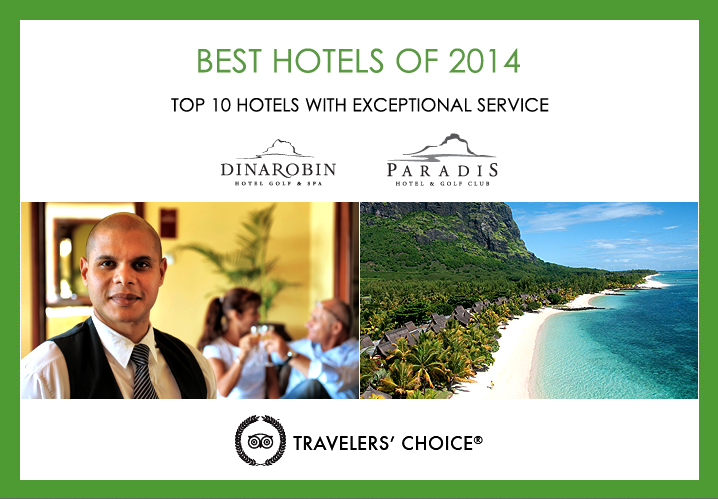 Based on reviews by millions of travellers worldwide, the famous travel website’s Top 10 Hotels with Exceptional Service – Mauritius ranks the two Beachcomber establishments as follows:

In January 2014, the Dinarobin Hotel Golf & Spa already received Top 10 recognition in the category, Best Hotels in Africa and Le Victoria Hotel moved up one spot to top the ranking as the Best Family Hotel on the continent.

Three of the Group’s hotels were voted among the Top 10 Hotels in Mauritius:

The first two hotels also maintained their ranking among the 10 Luxury Hotels on the island and also appeared in the Top 10 Hotels for Romance – Mauritius.

Moreover, all Beachcomber hotels have received a Certificate of Excellence from the worldwide reference for traveller reviews.