BEACHCOMBER WORLD CLUB 10s Back to Mauritius in 2018 for the 3rd consecutive year.

It is confirmed: the amazing sports entertainment event will be back in Mauritius in June 2018.

For a reminder - the Rugby World Club 10s, a professional tournament, was launched in Singapore in 2014. In 2016, upon the initiative, and under the major sponsorship of Beachcomber Resorts & Hotels, the event moved to Mauritius and has since been known as the Beachcomber World Club 10s. 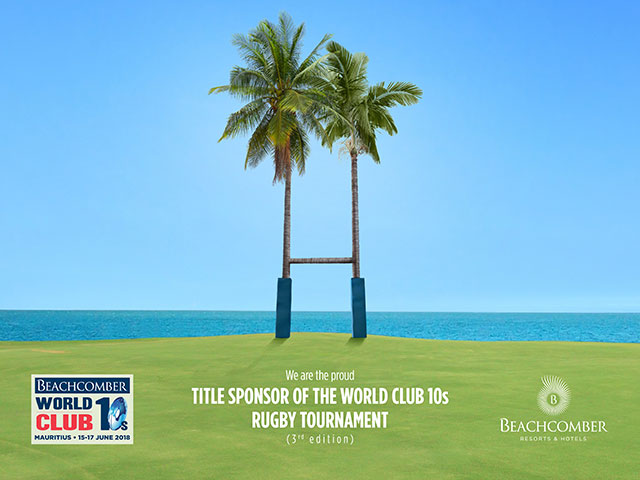 The 2018 Edition will mark the tournament’s 3rd consecutive year in Mauritius. Set for June 15thto 17th, this unique 8team invitational 10s tournament is organized by Carinat Sports Marketing to feature some of the best sides in the world from the North and South Hemisphere.

“We are thrilled to be coming back to Mauritius for a third edition of the Beachcomber World Club 10s tournament; all participants who have confirmed their presence are looking forward to it too. To us, Beachcomber truly exemplifies the values of rugby, for instance the team work, the drive, fairness and genuine spirit of camaraderie. What makes Beachcomber World Club 10s a fabulous sports entertainment is that it combines an indisputably high-level rugby tournament with the amazing hospitality and natural assets of the island paradise of Mauritius. Beachcomber World Club 10s 2018 promises to be an action-packed, and fun-filled, rugby party. We have no doubt that this sports event is well set to become a major one for the rugby world.”

“The tournament comes at a perfect time for us, as we head into the business end of Vodacom Super Rugby, with the Currie Cup season on the horizon as well. This not only provides a good platform to get a competitive run in against some quality opposition, but also gives the boys an opportunity to enjoy a little more space on the rugby field. We are looking forward to returning to Mauritius, and will be keen to defend our title in 2018.” 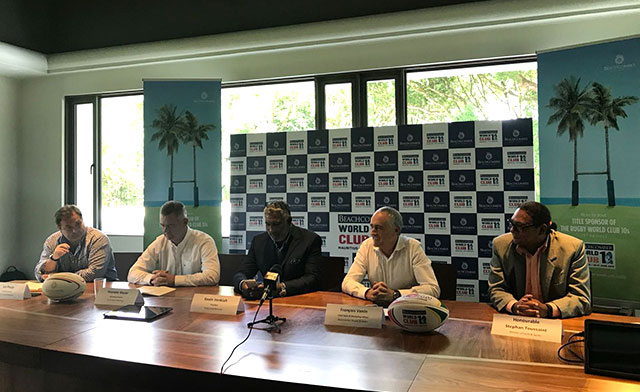 Other participating teams are:

In the 2018 edition, the organizing team also plans to include an amateur tournament for non-professional and social players, offering them the unique opportunity to interact with the professionals.

The specifics of Rugby 10s

For the 2018 edition, Beachcomber will not only proudly host the 8 Beachcomber World Club 10s Pro teams in its hotels across the island - the Group is also offering supporters and fans the opportunity to stay in one of Beachcomber hotels and share privileged moments with their favorite teams for an incomparable value-for-money deal: a 25% discount on packages* specially-designed by Beachcomber Resorts & Hotels for this prestigious event.

Further information to be released in 2018