Loic is passionate about luxury hospitality and began his career in 1993 at a three Michelin-starred restaurant in Cancale, in northwestern France. A year later, he moved to better weather and took employment at the Michelin-starred restaurant of the Résidence de la Pinède Hotel in Saint Tropez. He joined another hotel on the French Riviera, La Réserve de Beaulieu & Spa in 1998 as first maître d’hôtel prior to taking charge of the opening in March 2000 of Maxim’s Restaurant, in Monte Carlo, where he served as Director of Operations for five years. 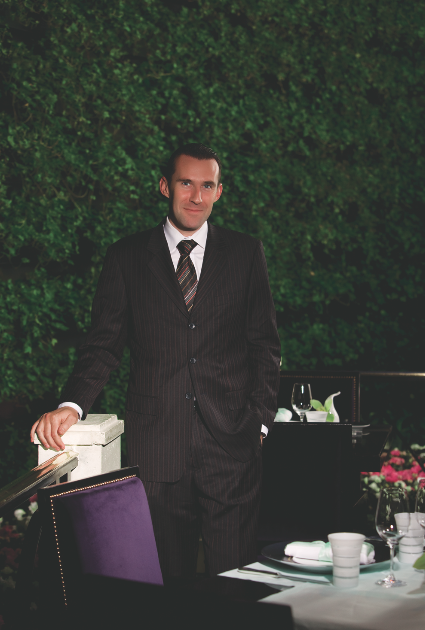 In 2005, he was contacted by the most Michelin-starred chef in the world, Joel Robuchon himself for the launch of his first gourmet restaurant in the Principality of Monaco. The talent of Loic and his teams earned this address The Leading Hotels of the World Best Service Award for 2005. The French chef was so pleased with such results that he entrusted him with the opening and operation of two restaurants at the MGM Grand, Las Vegas between 2005 and 2009. The two establishments enjoyed considerable success over these four years and were awarded five Mobil Stars, five AAA Diamonds, three Michelin stars and the Grand Award for their wine selection.

He left the United States in February 2009 to take on the position of F&B Director at the Hotel de Crillon, a legendary luxury hotel in Paris. In September 2012, he went back to a hotel where he had worked earlier in his career, La Réserve de Beaulieu & Spa, this time as General Manager.

Since joining the Royal Palm Marrakech in September 2014, Loic has espoused the values of the house. “My motto in hospitality remains luxury, well-being and impeccable service,” he says. His intuition for luxury and high standards are perfectly suited to the hotel.