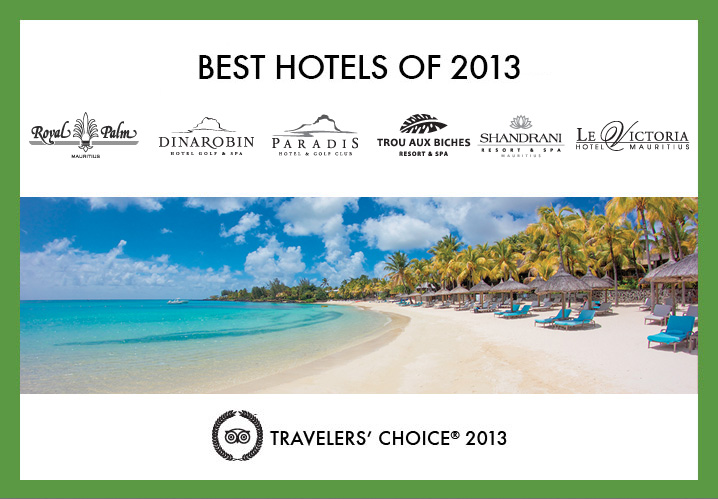 ​
TripAdvisor®, the world reference when it comes to reviews of travellers, has just announced the winners of its prestigious Travellers’ Choice Awards® 2013.

Unlike the many other awards in the hospitality industry, the Travellers’ Choice Awards are solely determined by customer satisfaction, based on thousands of reviews published online by travellers worldwide.

Beachcomber Hotels remains amongst the very best hotel groups in the world as six of its properties have been awarded by TripAdvisor. Two of the group’s flagship properties, namely Royal Palm and Dinarobin Hotel Golf & Spa, have even been awarded in all three categories listed above.

Furthermore, all Beachcomber resorts have received a “certificate of excellence”, which is only attributed to 10% of hotels in the world.

In light of these achievements, Beachcomber Hotels wishes to thank its guests who have contributed to the group’s success through their positive feedback, trust and loyalty.
Social media
Tweet
Top
Close