The much awaited 5-star Ultra Trail Raidlight Beachcomber, organised for the first time jointly with the equipment manufacturer, Raidlight, the Raiders 2000 trail club and Transcontinent, has lived up to its promises. 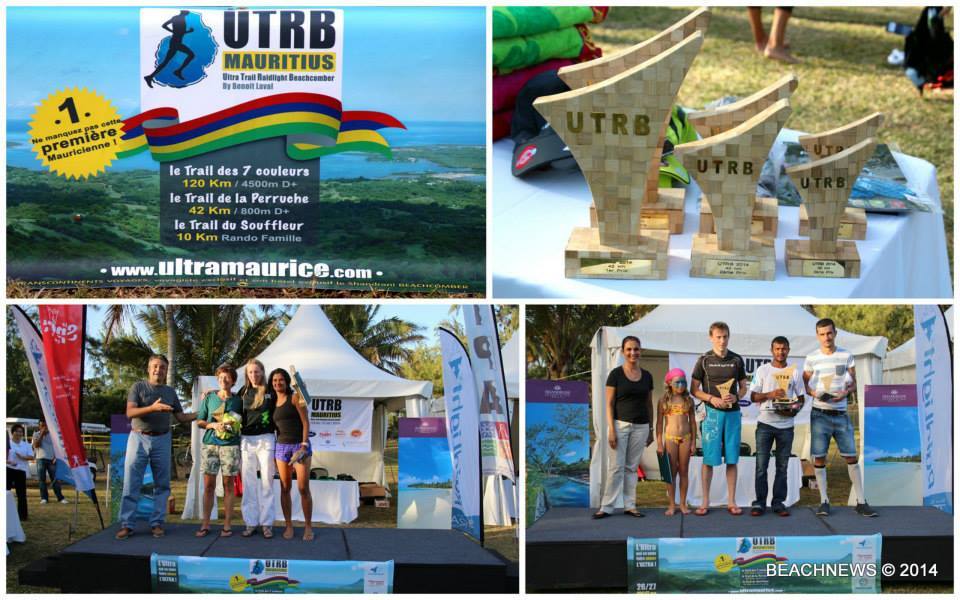 The Ultra Trail Raidlight Beachcomber 2014 looked quite promising with scenic routes across breathtaking landscapes, a cosmopolitan line-up of 227 participants from 5 different countries, an organisation worthy of the best-known trail running events and high-end accommodation at the Shandrani Resort & Spa, a hotel where luxury and freedom go hand in hand. And the event, which was held on 26 and 27 July, has indeed met all expectations. The three different routes have offered trail running enthusiasts an unforgettable experience in the wild nature of the south of Mauritius.

It demanded a certain level of endurance to complete the main event, the ‘Trail des 7 couleurs‘, a race over 120km with start and finish on the beach of the Shandrani Resort & Spa. Only 14 runners out of a field of 39 managed to complete the entire trail which travelled along the coast before cutting across sugar cane fields, tropical forests and private reserves, with 70% of new routes.

The ‘Trail de la Perruche’ took an unusual route starting at one of the highest points of the island, a place called Alexandra Falls in Plaine Champagne, and descending toward the finish point on the beach of the Shandrani Resort & Spa. Out of the 102 runners signed up, 88 completed the full 42km distance. Vishal Ittoo stopped the clock first in the men’s race in 3:33:00 while Odile Lecocq secured victory in the ladies’ race after covering the distance in 5:01:05.

The Trail du Souffleur was designed to allow amateur trail runners to experience the joys of this extreme sport through the heart of the lush and wondrous natural landscape of the island. Ashley Perrine, who works at the Beachcomber Group’s Le Canonnier Hotel, was the winner of the men’s race in 41:37. Sabrina Rabot-Keisler took first place in the women’s race in 47:59. In total, 111 runners crossed the finish line out of the 131 starters in this 10km race along the coast from the famous natural arch of Le Souffleur to the beautiful beach of the Shandrani Resort & Spa.

Participants were unanimous in their praise of the Ultra Trail Raidlight Beachcomber, which proved to be a truly rewarding experience. Armand Du Plessis, who came out third in the 120km men’s race, hailed the “brilliant job” done by the organisers. “Thank you to the friendly people at the checkpoints and also to the 42km runners who were the best support when they passed us running the 120km! Well done to you! See you next year!” Fabienne Joscht, who finished second in the women’s race, said for her part that, “The support stations were so well organised that I didn’t have any of my usual feeding problems. There was really not much need to bring along energy bars or anything else because there was something for every taste. A truly grandiose event!”

This year’s Ultra Trail Raidlight Beachcomber was a success both in terms of organisation and participation, which bodes well for the 2015 edition!