The images of their moving embrace at the Rio Olympics have circulated in the media and social networks around the globe. The French boxing champions, Tony Yoka and Estelle Mossely, the first couple to win gold at the recent Games, were on vacation at Dinarobin Beachcomber Golf Resort & Spa in early October 2016. 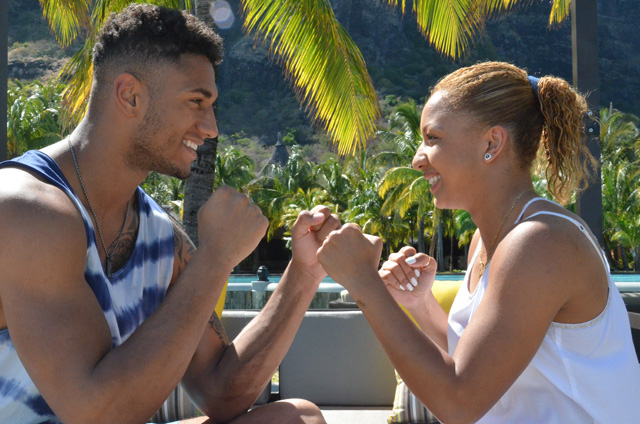 Tony Yoka and Estelle Mossely form a close bond both on and off the ring. They are however rather secretive when it comes to their private life. “We met each other through the national boxing team,” says Estelle with restraint when asked about their first encounter. We will not know much more.

Boxing is a “family affair,” says Tony, who stands 6ft6in tall and weighs 105 kg. He inherited his passion form his Congo-born father, who was himself a professional boxer. At ‘only’ 5ft5in tall and 60kg, Estelle seems like a featherweight compared to her fiancé. “Boxing was the first combat sport I took up,” she says. 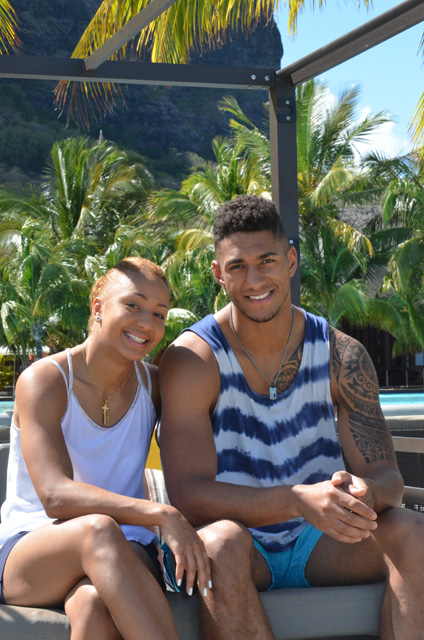 They both agree that it is much easier to be with someone who shares the same passion. Tony contends that, “Our relationship has helped us achieve positive results and reach the top.”

They left for Rio with a same goal: to be Olympic champions. “I was the reigning world champion and world No. 1,” says Tony. “After winning the world title two months before the Games, I felt that I was on the right track and that I could go for Olympic gold,” adds his fiancée. “Boxing requires a lot of hard work, a winning spirit and a strong team around you.” 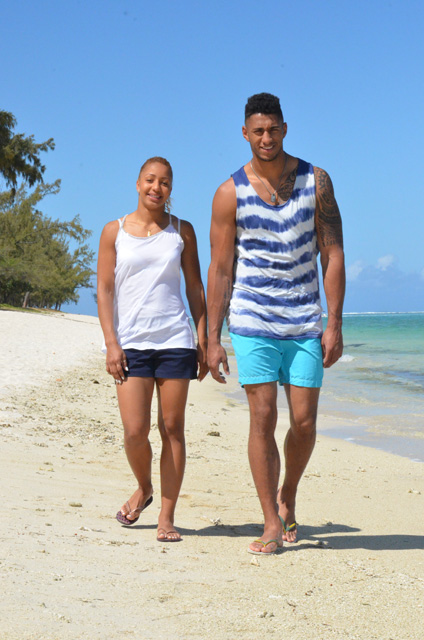 Estelle picked up her Olympic gold medal on Friday 19 August, which was also her birthday. “It was a double joy for me. Some told me that it was destiny calling, but I preferred not to see it that way. In any case, it was a final and you can’t lose a final. I gave my all not to lose it.” Tony adds that for him, “It was a childhood dream for me and I worked hard to get there.”

They have become the focus of media attention since the Rio Olympics but they are coping with it well. “It’s tiring sometimes. More people know us now and this has brought a few changes to our habits but it’s part of the job. Recognition comes with results and it’s something positive,” says Estelle, who takes it all philosophically.

After having achieved Olympic glory at the age of 24, they are already thinking about the future. The next logical step for Tony would be to turn professional – especially now that professional boxers are eligible to compete at the Olympic Games. Estelle wants to explore the opportunities available before making a decision. “I have the opportunity to turn professional or semi-professional. I don’t think I’ll continue on with amateur boxing,” she says. “Should I keep on boxing, I would like to take part in the Games again, and I am also a computer engineer. There are various opportunities for me to choose from.”

France’s golden couple, who say they have been driven to Mauritius “by chance”, are pleased to have made “the right choice.” “This is a very nice hotel and we have been enjoying the setting, the services and the spa. We have also been scuba diving,” says Estelle. They have also had the opportunity to visit the island during their stay. “We already have plans to come back. We like the setting and the people are very welcoming. We will probably be back soon,” she adds.