In a recent announcement, the TripAdvisor® Travelers’ Choice Awards® have this year again recognised two Beachcomber properties, the Dinarobin Hotel Golf & Spa and Le Victoria Hotel among the most outstanding hotels in Mauritius and Africa. 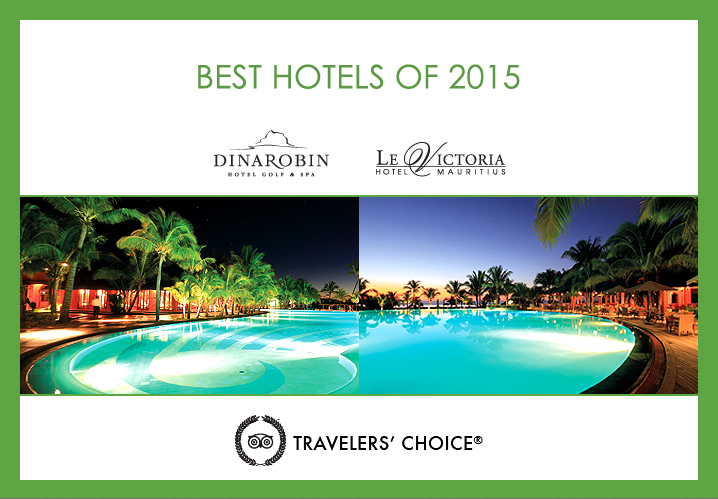 A very fine luxury resort set on Le Morne Peninsula in the south-west of Mauritius, the Dinarobin Hotel Golf & Spa has earned distinctions in four categories in the TripAdvisor® Travelers’ Choice Awards®. This coveted recognition of excellence is based on millions of reviews from travellers across the globe over the past 12 months.

The accolades received by the hotel this year are as follows:

In addition, Le Victoria Hotel, situated on the north western coast of the island, has maintained its place among the continent’s best hotels for family holidays:

TripAdvisor® is the largest travel website and the worldwide reference for traveller reviews. The Travelers’ Choice Awards® are widely acknowledged for their reliability as they are determined from reviews by some 20 million genuine travellers. All Beachcomber hotels also hold the TripAdvisor® Certificate of Excellence.

Beachcomber Hotels is extremely proud of the continued recognition from travellers across the globe. We are grateful to our hotel guests for all their positive reviews, trust and loyalty.