Brumbies select a “very competitive” squad of Super Rugby stars including seven of the side that finished runners-up at the first World Club 10s, while former South Africa flanker Jean Deysel will lead the Cell C Sharks into battle. 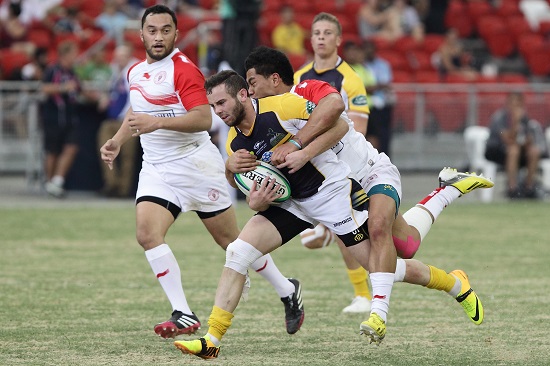 June 11, 2016: The Aquis Brumbies have announced a powerful 16-man squad for next weekend’s World Club 10s in Mauritius, where the Australian franchise will field 15 of their current Super Rugby squad.

Brumbies forwards coach Dan McKellar will lead the squad, which features seven players from the side that finished runners-up at the 2014 World Club 10s in Singapore under current Brumbies boss Stephen Larkham.

New Brumbies fullback Aidan Toua, centre James Dargaville and back-rower Jarrad Butler are among the Brumbies’ other Super Rugby regulars in a side that will start as the favourites in the eight-team competition. Canberra Royals scrumhalf Brent Hamlin has also been included following strong performances for UC Vikings in last year’s National Rugby Championship. 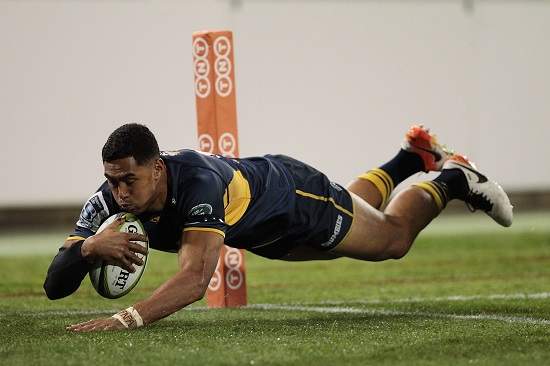 Brumbies kick off the tournament on Saturday, June 18, against three-time European champions RC Toulon before facing fellow Aussie side Western Force and the Italian All Stars in later Pool A matches at the 16,000-capacity Anjalay Stadium. All knockout matches will be held on Sunday, June 19.

McKellar believes the inclusion of seven players with experience of the first World Club 10s could prove a big advantage.

“We’re taking a squad that will be very competitive. We learned a lot from the 10s in Singapore a couple of years ago and are fortunate that a number of players from that squad know what to expect in Mauritius. As we learned in Singapore, every match is crucial in deciding who we play in the finals on the second day of competition, so we won’t be taking any opponent lightly,” McKellar said.

“We’re looking forward to testing ourselves against Toulon in the opening match and I think fans will enjoy seeing us go head-to-head with one of Europe’s top sides. We’ll be hoping to take some good form into our following match against Force, who we know quite well, before rounding out our pool against the Italian All Stars.”

Dwayne Nestor will coach a Force squad that features five of their contracted Super Rugby players. Prop Ollie Hoskins and wing Brad Lacey were Australia teammates at the 2013 World Rugby U20 Championship in France and are joined by highly rated flanker Kane Koteca, former Ireland U-20 hooker Tom Sexton and centre Ammon Matuauto.

Former South Africa flanker Jean Deysel – who participated in the tournament’s launch in February – will captain the Sharks. Fullback Joe Pietersen, hooker Kyle Cooper and prop Dale Chadwick are among other senior members of the squad.

Ryan Strudwick will be the Head Coach in Mauritius, while former Sharks stalwart Jacques Botes is the Team Manager.

Strudwick said: “Pool B sees us in the company of three other fantastic and highly talented teams. It’s going to be a competitive yet exciting tournament that will highlight the camaraderie and spirit of our beautiful game.”

Saracens will bid to win a third trophy in three months when they make their World Club 10s debut, having won the European Champions Cup for the first time in April and successfully defended their Premiership title last month.

Warrick Lang, Saracens’ Assistant Rugby Manager, said: “We look forward to starting the campaign off against Stade, last year’s French champions. They are a dangerous side with some exciting runners and big ball carriers. We don’t know much about the APDs, but they will have a point to prove on the big stage.

“It will be good to play the Sharks in our final match on day one. Our good friend John Smit has been doing a great job with them over the last couple of years, with a good coaching set-up.”

The World Club 10s will crown a week-long rugby festival also featuring amateur sides competing in supporting events. All of the finals of the supporting tournaments will be held at the main 16,000-capacity Anjalay Stadium on Sunday, June 19.

Owned and organised by Carinat Marketing, the tournament is sanctioned by World Rugby, Rugby Union Mauritius and the Ministry of Youth and Sports (Mauritius).