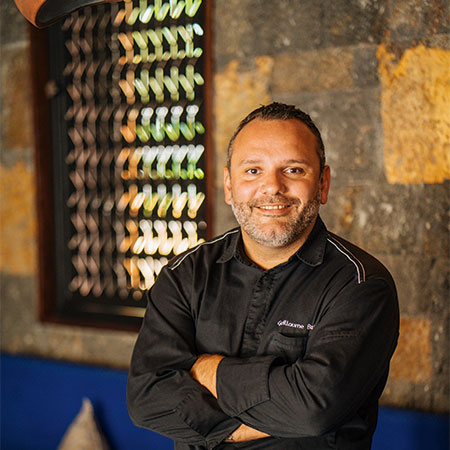 The French Chef, Ludovic Gomiero provides guests at Trou aux Biches Beachcomber Golf Resort & Spa with a taste of his sophisticated cuisine, infused with the love of local culture and products.

After honing his skills in the 1990s alongside great names of French cuisine such as the Michelin-starred Chefs, Pierre Gagnaire and Michel Bras, this native of Toulouse, France started his international culinary adventure in Morocco. From 2002 to 2006, he showcased his skills as Executive Chef at Amanjena Hotel in Marrakech.

On his first encounter with Mauritius, he headed the kitchens of a hotel on the south-west coast of the island for a three-year period. The next stage in his career was Cairo, Egypt, where he led a number of challenging projects at First Arabian Hotels & Resorts.

Ludovic Gomiero went back to Morocco in 2011, where he served as Executive Chef at Selman Marrakech Hotel until his move to Trou aux Biches Beachcomber Golf Resort & Spa.